Children Associated with Armed Forces And Groups: why are they so important? 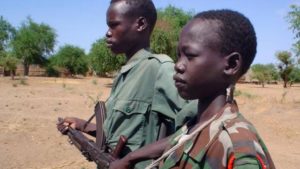 For the LRA and also for official government armed forces and other national and local armed forces around the world, using children, boys and girls – from 4 to 17 years old – as soldiers or to fulfil other roles associated with combat is easier than recruiting adults. As they are weaker and don’t require a lot of money, youngsters are easily indoctrinated and manipulated, even though a number of them cooperate reluctantly. For those who showed unwillingness to participate actively in the war during its peak period, their families were killed before their very eyes, and those who attempted to escape were killed. Others were ordered to kill a member of their own family. This stressful dehumanisation ensured that they would be able to kill civilians without major difficulty or even seek revenge for violence against them and their families. Many children who joined the army were those where economic necessity took precedence over all else. As they lived in poverty and/or in a camp for refugees or displaced people, they felt that they didn’t have any other choice but to volunteer for an armed group or armed forces in order to survive and earn a living, as they looked to adults to protect them.

What have Children Associated with Armed Forces And Groups experienced?

The children who participated in the war lived in a state of constant fear and violence as they were killed, brutalised, abused and forced to commit atrocities on civilians that adults did not want to do. They were also forced to punish fellow abductees who didn’t follow the rules and had to participate in the massacre of community members and to indulge in looting. Girls were raped – an act which often resulted in unwanted pregnancies – and forced to carry out duties on the battlefield. 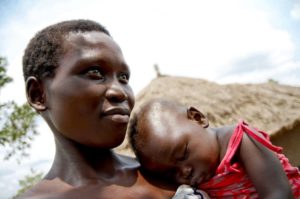 While the US ends its hunt for Joseph Kony in East Africa in 2017 because of the weakening of his army, former Children Associated with Armed Forces And Groups have been left profoundly disturbed by what they have experienced. Participating extensively in a war has acute consequences on the mental health of former child soldiers. The long-lasting psychological trauma experienced by these victims often transformed into executioners is another tragedy that poses a challenge to their social reintegration. When they are turned away by their communities because they are viewed with distrust and feel ashamed and guilty, the most disturbing consequence is the fact that some of these individuals want to commit suicide. Another consequence is their involvement in other hopeless situations such as criminal activities like petty crime, drug taking and prostitution.

On top of these issues, many children of conflict are still struggling with hunger, poverty, inequality, disease, and little or no access to education and healthcare and job security, as is underscored in the blog series “Uganda, the country that saw children become soldiers”.

What can you do?

By donating to IamSCS you support our efforts to ease and promote the return of former child soldiers and victims of war to their families and communities. By giving them hope thanks to a long-term vision, your support helps us to restore dignity to human beings. Thank you.